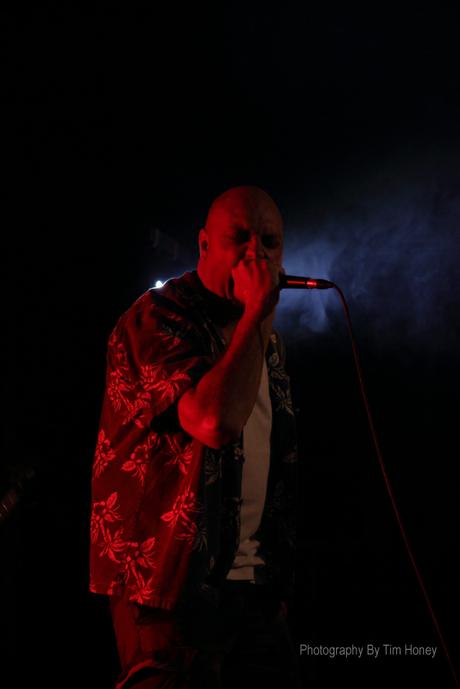 This is Wallace Warner, vocalist for Cape Town band The Warinsane. Here I photographed him at Metal4Africa’s annual Summerfest event at The Oude Libertas Theater in Stellenbosh in 2013.

I enjoy the simplicity of the light, and Wallace being shrouded in red – he’s pretty active on stage – with the bit of lit smoke behind him almost forming a speech bubble – providing a focus-point around the microphone.